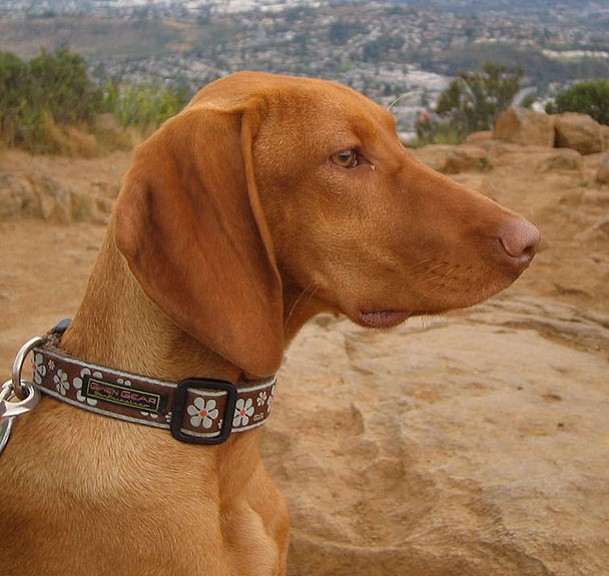 For more information on this breed you can contact the Vizsla Club of America, Inc. www.vcaweb.org

Originally from Hungary, the Vizsla is a medium-sized, short-coated hunting dog that is essentially Pointer in type, although he combines characteristics of both pointer and retriever. An attractive golden rust in color, this “dual” dog is popular in both the field and the show ring due to his power and drive while hunting and his trainability in the home.

A Look Back
The Vizsla’s ancestors were hunters and companions for the Magyar hordes, a tribe that settled in what is now known as Hungary. A favorite of early barons, Vizslas are depicted in etchings as far back as the 10th century.
The agricultural terrain of Hungary created a dog of superior nose and high-class hunting ability well-suited to Hungarian climate and a variety of game, including upland game, rabbits and waterfowl. Nearly extinct by the end of the World Wars, the Vizsla gradually regained popularity and began to be imported into the United States in the 1950s.

If you are considering purchasing a Vizsla puppy, learn more here.