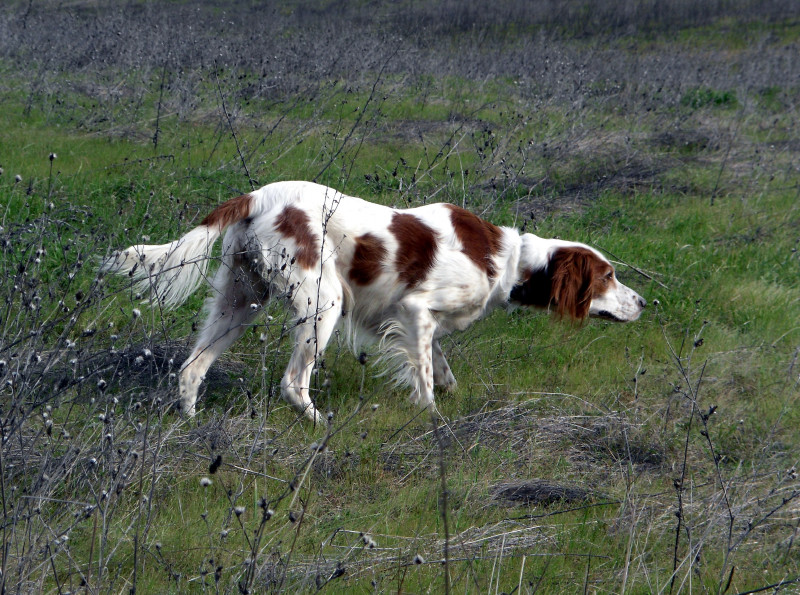 For more information on this breed contact the National breed club through AKC at www.akc.org.
The following information comes from the American Kennel Club website:

Despite its name, the Irish Red and White Setter is a distinct breed, not just a different colored version of the Irish Setter. Bred primarily for the field, they should be strong, powerful and athletic, with a keen and intelligent attitude. The coat’s base color is white with solid red patches.

Right Breed for You?
Courageous, spirited and determined, the breed’s energy in the field carries over to the home, so Red and White Setters require regular exercise. Their kind and friendly attitudes make them great family dogs. They need minimal brushing or trimming – owners prize a natural appearance and the breed tends to carry less coat than the Irish Setter.

If you are considering purchasing an Irish Red and White Setter puppy, learn more here.