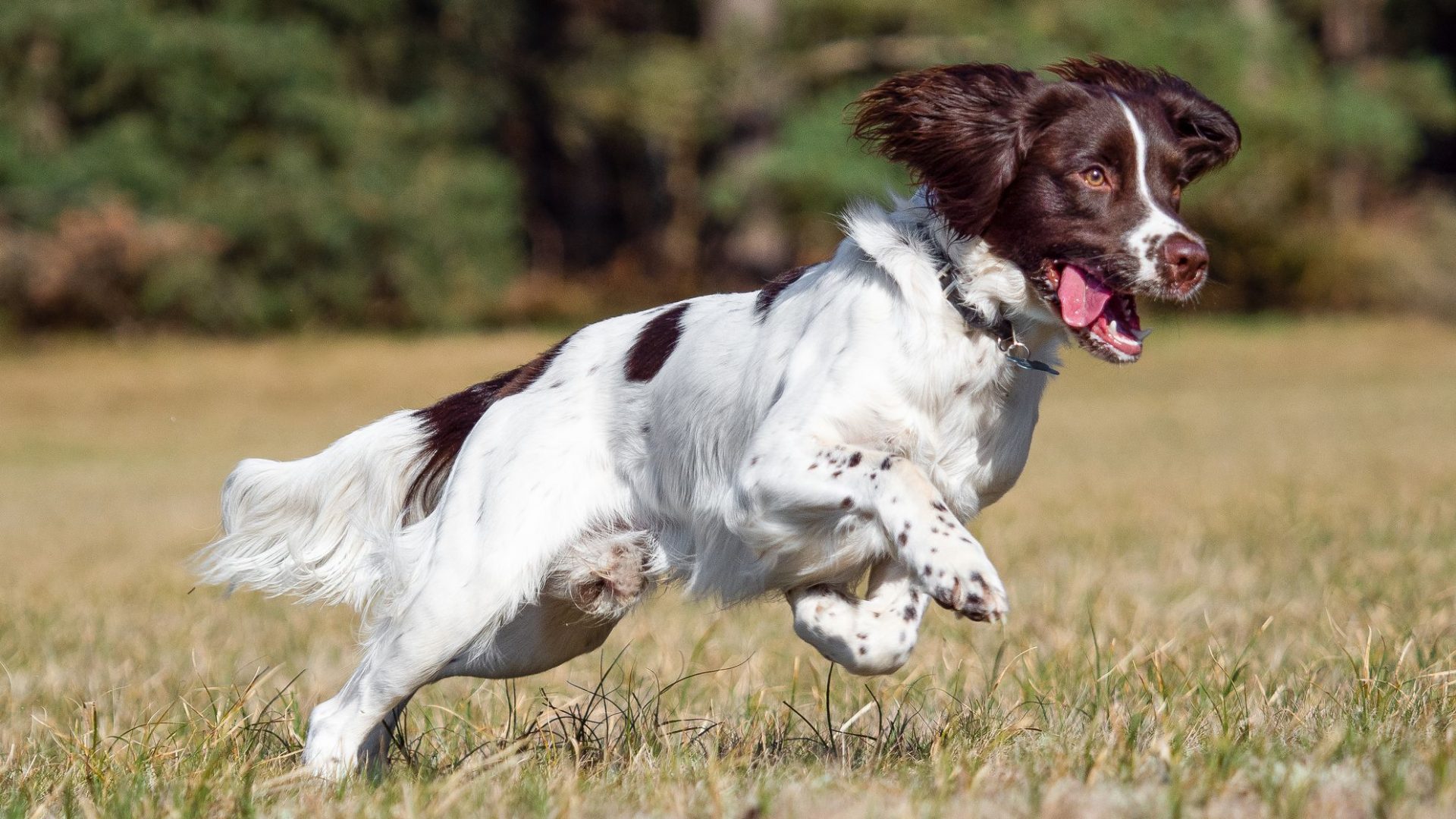 The English Springer Spaniel has been endowed with style, enthusiasm, and an “eager to please” quality common to most spaniels. He is recognized for his ability to keep going and going under adverse hunting conditions, which is partly due to his medium-sized, powerful body. He has long, hanging ears and a moderately long coat that can be black or liver with white, blue or liver roan, and tricolor.

Right Breed for You?
If you are considering purchasing an English Springer Spaniel puppy, learn more here.